The Domain Name System (DNS) is a critical part of the Internet, and as such, is a common target for abuse. One of the ways to protect DNS is using DNSSEC, a security mechanism designed to guarantee the authenticity and integrity of DNS data using crypto.

This tutorial will discuss how DNSSEC works, introduce new DNS security extensions and protocol modifications, and explain the details of DNSSEC validation and zone signing. It will also introduce key generation, management and rollover.

Participants will be able to implement these concepts in the DNSSEC Lab exercise.

This online tutorial is fee-free.

Systems engineers / administrators who will be managing DNS infrastructure.

Participants are advised to bring their own laptop computer for the hands-on lab exercises. 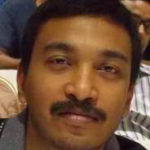 Moin is currently on hiatus from his professional career; he has more than 15 years of experience in his bag working for ISP, NSP and Transit Providers. Moin’s core expertise and interest is on UNIX alike Operating Systems, Routing/Switching, MPLS, Cloud/Virtualization, SDN and Security. In his leisure time he contributes to The FreeBSD Project as a ports committer.

Despite his hiatus he is still a Conference hopper and a regular contributor to APNIC training activities and shares his knowledge as a volunteer community trainer.