Automating network management is key to scaling operations for any network, be it commercial, government, or education. This course teaches the theory of network management and free, open source tools for its practice. Knowledge from this hands-on course can help small teams operate big networks with ease.

This 2-day workshop is being held in conjunction with PhNOG 2018.

Visit the PhNOG website for details and to register: https://www.eventbrite.com/e/phnog-2018-conference-tickets-42888993133

Network Engineers, Systems Administrators, and Developers with command-line experience. A basic knowledge of the Linux command line is required to get the best out of this brief workshop.

Participants must bring laptops with Wi-Fi connectivity and an SSH client (PuTTY) or the ability to install one.

Comprehensive management of network devices & services will be explored and implemented. Each participant will work in their own Linux virtual machine to install and configure a number of network monitoring and management tools.

For questions about the workshop and to reserve your seat, please email: 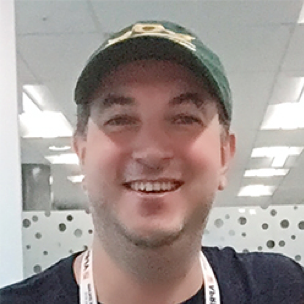 Jonathan began his Internet career working for an ISP in Lawrence, Kansas in 1995. He installed his first 802.11 hotspot in 1998, and has been hooked on wireless ever since.

After moving to New Zealand in 2003, Jonathan founded and built an open access wireless and microwave carrier used by most of the country’s telecommunications carriers. He gained experience in radio engineering, telecommunications infrastructure, carrier Ethernet services, and end-to-end performance monitoring while building and managing a contiguous network of 400+ links around the country. He installed New Zealand’s first gigabit capacity radio links, in the 23, 60, and 80GHz frequency bands, and helped shape the national policy around use of millimetre wave spectrum for broadband.

Since 2011 Jonathan has been a consulting engineer to a wide range of organisations in New Zealand.