This five-day IPv6 Deployment Workshop, teaches network operators how to deploy IPv6 on their network infrastructure.

This workshop will be delivered at SANOG33, visit the event website for further details and to register – http://sanog.org/sanog33/index.html

It is assumed that the workshop participants know how to use a router command line interface, do basic router configuration and have a working knowledge of an IGP (OSPF or IS-IS) and BGP fundamentals. Knowledge of the IPv6 protocol is helpful but not essential.

This workshop is not an introduction. The lab exercises use Cisco IOS configuration syntax.

Participants are required to bring their own laptops. These can be Windows/Linux/macOS and must have working wireless to allow participation in the hands on lab exercises.

The workshop can accommodate up to 30 participants. 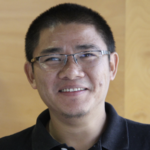 Tashi joined APNIC in 2017, bringing with him extensive and diverse experience in network operations, having worked in different roles since 2003, from transmission networks in the early days to being the network lead for an incumbent Telco ISP.

With his understanding of how not to do things, he has been involved in capacity development in the APNIC community by providing technical assistance, outreach and training in a number of technical areas.