This four-day workshop is designed to provide broad knowledge on a variety of topics relevant to Internet operations through a series of tutorials. The first one involves  some fundamental background on Internet technologies, routing protocols, IP addressing, and Internet ecosystem. It is then followed by more in-depth tutorial on IPv6 Protocol, deployment and transition mechanisms. It also covers practical discussion of Network Security concepts and best practices.

Networking professionals, systems administrators or IT Support interested to further their knowledge of Internet protocol and technologies.

Bringing a laptop is recommended, but not required. 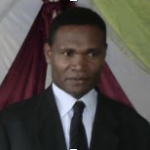 Jethro W Tambeana worked as a Network Engineer for Telecom Vanuatu Ltd for 6 years before joining the Vanuatu Office of the Government Chief Information Officer in the role of Network Manager. Jethro received a Bachelor’s degree in Engineering Technology from Manukau Institute of Technology in New Zealand.

As a Network Engineer and Vanuatu native, Jethro has played a key role in the country’s ICT developments, including the establishment of the Vanuatu Internet Exchange.

Jethro is a regular contributor to APNIC training activities and shares his knowledge as a volunteer community trainer.