The ITU Asia-Pacific CoE face-to-face training on “Internet and IPv6 Infrastructure Security” will be held in Nonthaburi, Thailand from 14-18 May 2018. This training is organized jointly by the International Telecommunication Union, the Ministry of Digital Economy and Society, Thailand and the APNIC as part of the Broadband Access programme under the auspices of the ITU Centres of Excellence for Asia-Pacific region. The training will be delivered in English.

This programme aims to:

Free with support from Ministry of Digital Economy and Society (Thailand) and APNIC.

This training is targeted at managers, engineers and technical staff from regulators, policy makers, telecom operators and academia, who are interested in Internet and IPv6 infrastructure security issues.

Detailed information on this training can be downloaded from the ITU Academy Portal at http://academy.itu.int/ and http://www.itu.int/itu-d/asp 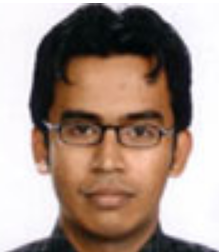 Simon shares his knowledge as a volunteer community trainer.