This is four and a half day Internet and IPv6 Infrastructure Security Workshop.

This workshop will be delivered at PacNOG 21 – please visit the PacNOG website for full details and to register – https://pacnog.org/pacnog21/

Policy makers, regulators, and technical staff involved in the Internet.

Detailed information on this training can be downloaded from the PacNOG 21 website – https://pacnog.org/pacnog21/ 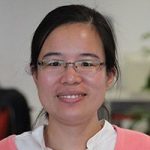 Jessica is a Senior Technical Trainer at APNIC, providing training on IPv6, routing, MPLS and network security in the Asia Pacific region, as well as working on the development of training materials.

Before joining APNIC, Jessica spent six years in Huawei, providing technical training to engineers and administrators from more than 15 nations.